I felt like creating that thread, since what I mention about Akun becomes big on other sites,too. Hope we can keep it, otherwise I'll create another Akun thread in International community, since he's international

I mean half, it would fit.

Igo Akun is the guitarist of the Johnny's Entertainment junior group Question?.

source: all over the internet.

since it's written with Katakana, I assume that his name is "AKIN".
I also heard that he inherited some land and a house in this land in Turkey from his late grandmother.

his mother IS NOT half Japanese, he IS half Japanese.
this is the original wikipedia article.
"父親がトルコ人で母親が日本人である。" 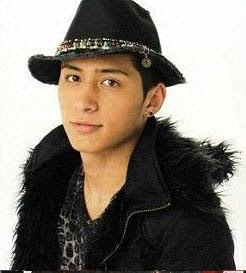 Spica, I only now found this thread. I am very impressed with your site that you made back in 2007. I investigated it and despite the language barrier I could find my way around it. I only speak English but now I can say I know a few words of Turkish.

Akun Igo is not an artist I have known as yet. I only admire the SMAP group in JE but I will now look out for Akun.

Admire the literacy of your site and the layout is admirable. Congratulations.
Top

=) thank you. by time I may add an english language section.
Top