The group was unknown to many Koreans in beginning of their careers, due to the lack of popularity of hip-hop music in Korea. However with the success of their recent third album they have became one of the most popular singing groups in Korea. Epik High's third album title song "Fly" was a big hit in Korea, becoming the number-one song on many Korean TV music programs and online music charts. The leader of the group, Tablo is known in Korea not only for his appearance in Korean sitcoms, Nonstop5, and other variety show programs but also for his Master's degree in English Literature from Stanford University (CA).

"Fly" was also chosen for the video game FIFA 07 and Pump it Up NX. Epik High's fourth album, "Remapping the Human Soul" (released in January 23, 2007) has shown a very different music style from their previous albums. "Fan", the fourth album's title song, and "Love Love Love" have been huge hit in 2007. They have been living in Korea for 4 years. Their origin is South Korea. well they sure do ROCK!
love'em!!!
yea i'm one of those who got addicted to their song 'FAN'
you guys should watch the video : http://www.veoh.com/videos/v1624058tahzrha8

but if you guys don't want to get addicted then , don't even try watching it.
They're GOOD.

yes i know its the same post, can't expect me too go re-research ne?
[caught]

you know i do
nuhl sarang han da go~~


good working ranjitha...i'll be working with u

daaaaaaaam they are sooo amazing ....i love them soo much

this rose for me loooooool

Tablo's Cyworld Video
http://www.youtube.com/watch?v=Kvhau4VsGw4
A new year greeting with his cute nephew! ^^...kawiii tablo he is sooo good with the kids

)
Give Uncle a kiss!


this video when they where in Star Golden Bell ....my sis sukoon and i saw it in kbs world it was soo funy

~ Phantom ~ wrote:Epik High's ONE is amazing ~
and Tablo ish amazing and funny fellow

...poor tablo cuz they say he is sick these days and he where in accident..

Tablo’s representative Ulim Entertainment says that the singer has decided to resume his TV and radio appearances, promising the doctors that he won’t overexert himself. He has to return to hospital after work, because he has not been discharged yet.

Tablo has thanked his fans for their support and concern about his well-being on his personal mini homepage Wednesday night. He admitted that he still suffers from the complications and pain from the accident, but looks forward to resuming work the following day. Tablo also commented on a number of mishaps that took place before and after the release of Epik High’s latest album. Epik High was shocked when their new songs were distributed illegally before the official release and there have been talks about Epik High retiring, which set off a flood of protest from the fans. However, Tablo put all the rumors to rest by saying that Epik High will continue performing until the end of this year.

Tablo is fed up

Tablo is sick and tired with low album sales and illegal mp3 downloading in Korea.

Epik High’s frontman has threatened that he no longer wants to produce any albums.

“…it’s depressing to see that a whole year of hard work …with no return .., there’s no point for me to make anymore albums.”

The album he is referring to is Epik High’s newest release, “Pieces, Part I.” Their single “One” has topped the Korean charts.

Although Tablo later retracted his statement on his Cyworld homepage saying that he plans on making music forever, he obviously has not been reading the latest industry news. Yes, album sales have dropped because of illegal downloading, but at the same time, concert sales have gone up. Maybe instead of complaining, Tablo should open his eyes to the changes and go with the flow.

how poor they are

ya i did!
and LOVED it.
thanks for the link!
and YEA atlast,
someone replies.
haha

OHH yes, help me out!
Tablo is LOVED!
still remember that award show they won,
he jumped on Mithra! and mithra was literally carrying him!
he looked so cute!

and , so you're sukoon's sis
the one crazy over seung ri!
haha

how did your exam go?

ranjitha wrote:ya i did!
and LOVED it.
thanks for the link!
and YEA atlast,
someone replies.
haha

OHH yes, help me out!
Tablo is LOVED!
still remember that award show they won,
he jumped on Mithra! and mithra was literally carrying him!
he looked so cute!

and , so you're sukoon's sis
the one crazy over seung ri!
haha

how did your exam go?

hahaha..any time sis ...and i should replies cuz i'm there fan ..

how sweet they are

..i like tablo cuz he is the bigger one even though he is the one who let them cry and smile ...he make us 2

why there is no one her

i'll but some pic spam fro them

it was in mithras cyworld 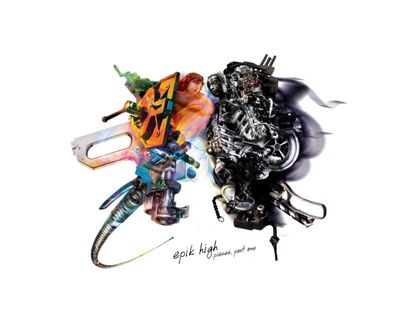 celebrating their Vol_5 - Pieces, Part One which was released [2008.04.17]
it's sad that their album was leaked and downloaded through the net... but if that would say something
it's says how amazing they are.

Epih High is not only good looking guys with good music
they are true artist, not like most likely other bands who I would consider them "performers only!"

Ya, i agree.. Epik High is one of korea best band.. I mean their music is great. Hehe, currently listening to Epik High song entitled ONE. Nt sure that song is in which album,. but its nice..

Hope they will produce more good music.. My favourite from tis group is Tablo, haha...
Top

kyaa~~ tablo is a dream!

thanks for e' piccus danger ghost! [=
and have you guys watched 'e subbed video of epik high's One?
i love all of their videos
although some are weird,
well actually most are weird
but thats what i like about it!
haha.

TABLO is a dream *totally agree* 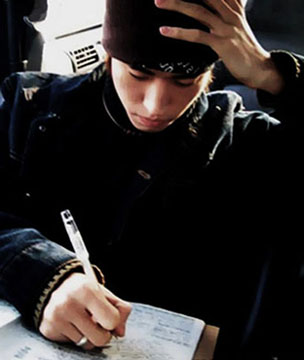 where on earth u'll find a Rapper with a master degree!!

request: does anyone know if there is a translation of Tablo's Cyworld ?!!

and according to KBS world K-POP Top 10 chart ... ONE is no.1
source: http://world.kbs.co.kr/english/entertai ... detail.htm

i agree with u guys tablo is a big dream ...but he's main


yaaaaaaaaaaaaaaaaaah great news sukoon finally they are in the 1st place i hop all the time ...
and i'm waiking from my sleep just 2 watch music bank

....that man like the gurl ...is sooo freking scary

so in that red line that's always there, it says "that girl"
and "tablo oppa" means just "tablo" (oppa is used for only females to older males)
then when tablo is running away from that guy (haha)
he says "what is he?"
which usually refers to like "what is he doing"

then when he's surrounded by all those girls and he points at that one guy
he's saying "you're the prettiest" (HAHA)
and the guy says "I'm pretty? Really? It's really tablo! Tablo!"
then when they're all in the room
mithra says "GET OUT" (jokingly)
and tablo or tukutz? Says "why are you being like that"
I don't know if they're referring to mithra or the guy haha

Mithra is saying "we picked him up somewhere"
Then after they hug, and mithra is trying to take the sock off
Tukutz is saying "this is frustrating!"
hot pic

kawaiiii my tablo he's sooo ...so so so so..i'm speechless

and what is Tukutz is doing

not scary at all....
just read translated lyrics to understand the story behind the MV

*breakdown*
'put your hands together"

Blonote is a little snippet Tablo writes everyday during his radio show..

All of the pictures come with this message...

epik high is llooove.. they're so amazingly talented and i love how tablo can still be the biggest dork with all the fame. and wooo does he look good with the new haircut.. said that a million times.. hahha. i've got 'one' and 'fan' music vids on my ipod.. need to run and add 'umbrella' now! smexyy..

and the clip danger ghost shared earlier with music core.. surprise visit to tablo with english subs (thanks so much for the translated blonotes btw!)

and the official umbrella mv with english subs.. coolsmurf's back!! CHEERS!

maid3st1ny wrote:epik high is llooove.. they're so amazingly talented and i love how tablo can still be the biggest dork with all the fame.

strongly agree with u...

Tablo... no matter how many times I'd see him in TV shows... i got shocked each time!
how come a lyric's genius be so dorky!
yet I can't help but to LOV him as he is

@ ghosty
thanks for everything, especially the transated blonotes
u don't have a clue how many times I've read them, wanted to reply,
or even choose my favorite...
but each time I stood speechless to what he writes *I respect u Tablo*


@ belleza
thanks for sharing

yet ''Umbrella' is not my fav
don't mean it's not good.... it's just that their album contains other strong songs!
Top
Post Reply
22 posts • Page 1 of 1