Yeah some of them do look gayish..haha..

i love this thread; may it never stop.

I suddenly craving for grape fruits

This is a great thread!

My contribution to the hot Japanese boys gallery:

My most beloved one, Tachibana Keita

Yujin Kitagawa of YUZU!! he seems to get cuter n cuter as he ages, IMO.

i feel so gay when i read this thread

i just came back from Japan on the 5th.
if you havent been to Japan yet, u missed a lot!

Cute guys are everywhere in Japan! i thought only celebrities are cute coz they are celebrity and have to look good! but believe me, me and my friends were drooling over cute guys everywhere we went to in Japan!!!

i used to think i was in love with takizawa hideaki until i saw a whole bunch of new korean dramas. i realized that japanese boys really do seem a lot skinnier and scrawny and for some reason korean guys seem more masculine. i would think of japanese boys as like pretty while a lot of the korean guys i can think of as handsome

Credits to Idolthoughts and other sites. (You can see the linkadress on some of the pictures.)
Top

Imai Tsubasa is so kawaii, not as sexy as Takizawa, but still! He has so deep and wonderful eyes~

Imai? sure he was so cute when he was on Domoto kyodai show

Imai is really kawaii on the pic you posted!~ :D
The bracelet doesn't fit him that much with his long jacket, but I still love that part.
Top

suiyOObi wrote:Havn't seen that show (yet!), but I guess he was great! (And the show to, haha!)

Imai is really kawaii on the pic you posted!~

The bracelet doesn't fit him that much with his long jacket, but I still love that part.

show? you mean Shock? Well it's Domoto Koichi who plays the main part really and I find the show quite boring. But Imai has really a good song voice, much better than Koichi

And Imai dances very good to~ ^^

huh? Shock is a serie of stage shows but what I dl-ed was only 1 of it and Imai was in it. Tacky and Tsubasa was guests on one of Domoto kyodai shows which is a tv show

That's just a little too jailbaitish for me ^^; No offense intended but, erm...

Now THAT is hot.

Pretty much all of the pics in this thread are great, I'm gonna have to do a lot of right-click-save's

Nothing can ruin a career faster than an office party.
Top

damn, i have to tell my friend...his brother kinda resembles him
Top

damn, i have to tell my friend...his brother kinda resembles him

isnt that one of the Ya-Ya-Ya?

I love this thread! Thanks for the great pictures, girls ^_^ Decided I need to post one too finally. I wish my scanner would work, I would post so much more then.
But here's my favourite MatsuJun picture (sorry, kinda big):

iono...hunk? more like....bishonen lol...like the gay ...ok not gay but girlish men in manga
man ,some of the japanese guys could be mistaken for girls if i saw them walking down the street with longer hair lol. Or i would probly think they're some cross dressers ..

anyway.. TOMOYA NAGASE!!! is definitely the hottest guy in Japan

and I'm dying for this movie so if anyone has it i'd like to trade/buy or knows where to download it please link me !!! PM me with the link !!!!

on the picture given on the first post of this topic, Kimura Takuya looks a lot like won bin, dont you think ?
http://xotcho.free.fr
Top

some more to wet your appetite

I just started watching "Seija no Koushin" and Ando Masanobu is so cute!

Tsubasa is kute!! Him and Takki make a kute duo.
Takashi Tsukamoto reminds me of Legolas from LOTR.
well maybe only that pic with the pretty blonde hair.
Top

Anyone has pictures of Moriyama Mirai? I just found one pic of him... http://modena.intergate.ca/personal/den ... -%2017.jpg
Top

After watching, "Stand Up", I think Yamashita Tomohisa is so adorable. ^_^ Especially because in that drama he is so sweet and refers to himself as sessha all the time. Lol.

^I'd be too overwhelmed.... I'd faint very other second when a cute j-star appearted:lol:

Yamashita Tomohisa! KAWAIII~I~~~~ Thank you donna8157!
How are you watching Stand Up?

Nao wrote:^I'd be too overwhelmed.... I'd faint very other second when a cute j-star appearted:lol:

Yamashita Tomohisa! KAWAIII~I~~~~ Thank you donna8157!
How are you watching Stand Up?

I downloaded Stand Up from the torrents section here.

You should watch it! It's such a cute series.

Hehe I watched the TV performance for NewS's song "Cherish". It was so cute!
Top

wahhh they're so hot. xP xP i absolutely love matsujun, takkey and oguri shun. <3 <3 it's all from my drama watching. hahaha
Top

here are some more pix of him 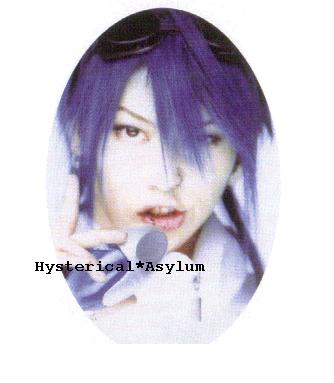 well they all my favorite here's the rest ppl: http://photobucket.com/albums/v302/cesarzowa/

lenas77, the photos you posted awaked a devil in me

I've got a lot of Gakuto stuff and here are some of my favourite potos...

have you guys seen this utaban??

PS photos taken from Sawasdee Gackt ...check it out at http://dear.to/sawasdeegackt

For the thought "why is it that Japanese actors are always so skinny/feminine/etc."

I think it's just a cultural preference-- Japanese prefer what they call "soft macho" So like, it's not like these boys don't have muscles, but just smaller ones as compared to the Korean actors who have more developed muscles.

Also I think a lot of the Korean actors are in their late (later) 20s right? But many of the Japanese actors (especially the ones from Johnny's Entertainment) are still in their teens, or early 20s. So there's like, that difference in developmental stage-- for adolescents, since they still are growing vertically, so they tend to look skinny/lanky/scrawny. But later on in their careers, many of them DO eventually lean towards body building and so forth. For example: Higashiyama Noriyuki (sorry I don't have a picture. but he's considered to have the perfect body/proportions) who is like... 39 and has great muscle tone.

Another thing is in Korea, men have to go through a mandatory army service I believe? And many of the Korean actors have already gone through that, which is like.. pretty much two years of pure physical training-- thus their physiques. In Japan, there is no such law-- and thus, less buff guys.

speaking of japanese guys why is it that i see the same group of 10 guys and girls in all the dramas that i see? shortage of actors in japan?
Top

because there are actors who are "hot" at the moment, and people want to see them... so producers want to use them while they're hot to get ratings...

Thats'y why Ashton Kutcher can have like... 3 films out in theaters in a 2 months period in America... It's the same idea.

Also, some producers/writers/directors have actors that they like to work with-- like how Tsukamoto Takashi is in a lot of Kudo Kankuro dramas....
Top

Yea I think it has something to do with idol worshipping. People like to see there favorite actors returning
Top

tokyo, i hope ur being sarcastic....does this dude even belong in the GUYS section? god

oceansgurlie wrote:i used to think i was in love with takizawa hideaki until i saw a whole bunch of new korean dramas. i realized that japanese boys really do seem a lot skinnier and scrawny and for some reason korean guys seem more masculine. i would think of japanese boys as like pretty while a lot of the korean guys i can think of as handsome

the ONLY hot man in Japan

whats up with some guys looking like girls??
Top ahh.. but no one has mentioned MASA from spiky and formerly in gacktJOB.. and also RYUTAROU from plastic tree!!!!

i can't believe lead's not even mentioned once

they sing, they act, they're cute and hot!

(the guy in the middle is kyohei from flame.. he's hot too)


this guy is hiroki nakadoi.. he's my favorite. He plays a little role in boutashi and kamachi

this guy is shinya taniuchi. he played kamachi in kamachi. he is also the main character for boutashi

this guy is akira kagimoto. he is one of the main characters in kamachi. he played a small role in boutashi

What about Ninomiya Kazunari from ARASHI? I love his performance in Stand Up

2: Takashi sorimachi... i love him so much with his performance in GTO.. n___n
3: Ando Masanobu (Kiriyama in battle royale)

Some pics for lenas77

Sorimach,i my number 2 in Japon

where did you find them? if you have more post them here or send me a link
plllllllllliiiiiiizzzzzzzzzzz

I loves W-inds.
they're so cute

Thanks for posting all these cute japanese guys!

My choice have to be the person in my signature after watching Orange Days!

Can someone post up pics of the boys from stand up? Even of the guy who gets all the ladies? I think I'm in love with each and all of them