putting the rest of womanhood to shame

at a special screening on Monday for the first SPEC movie.

as usual promoting the SPEC movie on Hanamaru Cafe.

Some Toma screenshots from the movie, don't think it's here but should be soon if it isn't.

in the December issue of More....

Erika Wednesday at a promo event as the SPEC Zero movie already came out on DVD.

At Friday's premiere of the SPEC Close 1 movie.

looking better than fantastic in these pics from a new interview for Modelpress.

From a new interview at Oricon Style for the SPEC Close 1 movie.
http://www.oricon.co.jp/entertainment/i ... newsTopFla

from the January issue of Non-no.

Erika more dazzling than ever

last Friday at the premiere of the final SPEC movie.

hey guys!
have you ppl seen the new SPEC movie that was released on nov 2013. it is called SPEC: Close???
Top

Hi there~ I'm her new fan!!! After I saw her in Keizoku 2 and in Kagi no kakatta heya, I fall in love with her!! Both characters are detective but with a total opposite personality. The genius Toma Saya and the somewhat-an-airhead Aoto Junko <3 and she did the job well, winning awards for both drama. Btw she looks cute in short hair

in this new CM for Reveur.

nice information there, man !!
n thanks for sharing !! :cheers
Top

continues to amaze all of us as she looks better than ever in the "Hot Pepper Beauty Hair 2014" mag. 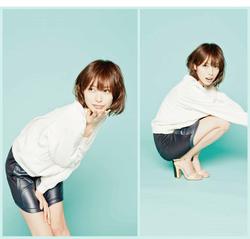 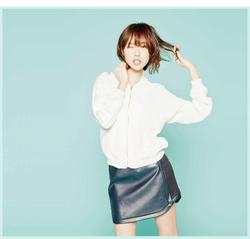 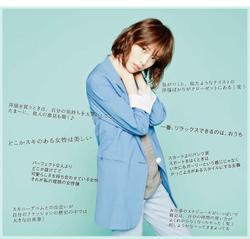 hiiiiiiiiiiiii !!!
any news from our beautiful Toda ?

, she's never had a long stretch of inactivity like this before and don't think she'll be in a Summer drama so it'll be over a year once she does her next series, hopefully she didn't retire.
Hanging out last weekend with Haruna from Scandal. naokanzaki wrote:I haven't heard one new thing about Erika and it's getting really depressing

, she's never had a long stretch of inactivity like this before and don't think she'll be in a Summer drama so it'll be over a year once she does her next series, hopefully she didn't retire.
Hanging out last weekend with Haruna from Scandal.

yeah it has been 3 seasons I think since her last dorama.

wow !! actually where can I find the latest news about her ?
Like her activity, or upcoming project ?
Top

I miss her too...
I hope she will be on show this incoming season
Top

There's going to be no Erika

dramas for the entire 2014 but do have some news about some upcoming projects, three of them are movies coming out next year:

Yonimo kimyo na monogatari aka Miracle World- This is a TV movie that's going to be airing this October 18th on Fuji, it's her second appearance in this movie series which usually has one each in the Spring and Fall, her previous time on it was back in the Spring of 2008.

Kakekomi Onna to Kakedashi Otoko- 2015 film that's scheduled to come out next May, the movie is based upon events from the Edo era, bit of a love story I think.

Yokokuhan- Another 2015 movie, Erika plays an elite policewoman who hunts down the leader of a crime-for-justice organization. Don't know the release date of this one yet but the filming on it is supposed to be starting soon.

Cursed Diary- Last film for 2015 and the first one that will be released though no official date has been set yet. Looks like an interesting film as she plays a reporter who was living in Paris but goes back home to Tokyo to investigate her parent's strange deaths. It's supposed to be a mystery.supernatural film and is going to be directed by Tsurata of Ringu fame.
Top

The original question was regarding whether or not she is Toda Erika. Her voice and physical features resemble Toda Erika, I'm just curious to see if anyone has any genuine knowledge of where Toda Erika lives, or the general state/area, because from her clothing it looks as though she's coming back from school (well, from karaoke to be exact), so presumably she's within walking distance of her house.

My guess is that, since they're about halfway through the interviews at Takasaki, they're probably somewhere within a 1 kilometer radius of Takasaki station. I guess finding out where Toda Erika lives is really "insider information," that only people she's actually acquainted to would know.
Top

Just watched Summer Nude in its entirety for a second time. I really like Toda's character and feel for her. 10 years she loved him and it was never reciprocated.
Top

Starting to like her, she is too cute and osm!

I really like her in Liar and SPEC (her messy hair too). Anyway, she need to eat more and gain a little weight.
Top
Post Reply
632 posts